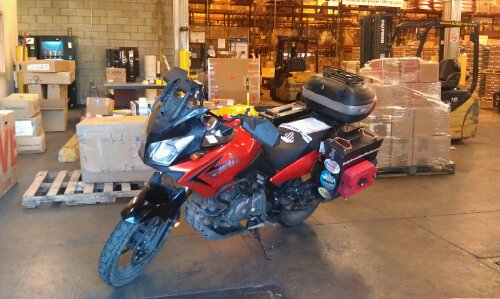 What a great day this has been!…celebrating my birthday for 30 hours with the time zone changes and being back in North America for the first time in weeks! Also, thanks to everyone for all the birthday well-wishes and welcoming me home.

Departed London’s Gatwick airport at 12:30 pm for the 7 hr flight to Montreal and as I was boarding I saw several ground handlers and asked about my bike being on board…one of the guys showed me his cargo load sheet pointing to the exact spot it was located on the aircraft…it is actually just inside that forward cargo door. Comforting to know the bike was with me on the flight and that there would be no issues getting it to Montreal.

Arrived in Montreal on time at 3 pm and ended up catching the hotel shuttle since the bike wouldn’t be ready for pick up for an hour or so. The driver Mark said to just give him a call and he’d take me over to the air cargo facility when I was ready.

At the hotel I grabbed just enough gear to ride the bike back to the hotel and off we were…at CAS Air Cargo I processed the necessary paperwork and paid a $75 handling fee believing I’d have the bike in a matter of minutes when I was told I needed to visit the customs office about 3 miles away. With no transportation I asked if they’d call me a taxi also knowing both the customs office and the air cargo facility were closing for the day within the hour.

After arriving at the customs office there were concerns as to why I was only importing the bike into Canada for only one day before leaving for the US…why didn’t I just simply fly directly to the US I was asked. After explaining my fundraising efforts for Rally, the customs official cleared my bike for a temporary importation…It’s for the children folks.

I asked that the taxi wait for me and we were once again off to air cargo to pick up the bike! After some minimal work in the bike, I was off to the hotel to join some friends from Medicom for dinner…Jan Levine & Scott Woolford. Funny thing that when I arrived at the hotel and gave Scott a call, he was actually staying at the same hotel…crazy. Ian & Scott treated me to a nice dinner at a nearby Italian restaurant…what a nice welcome back home! 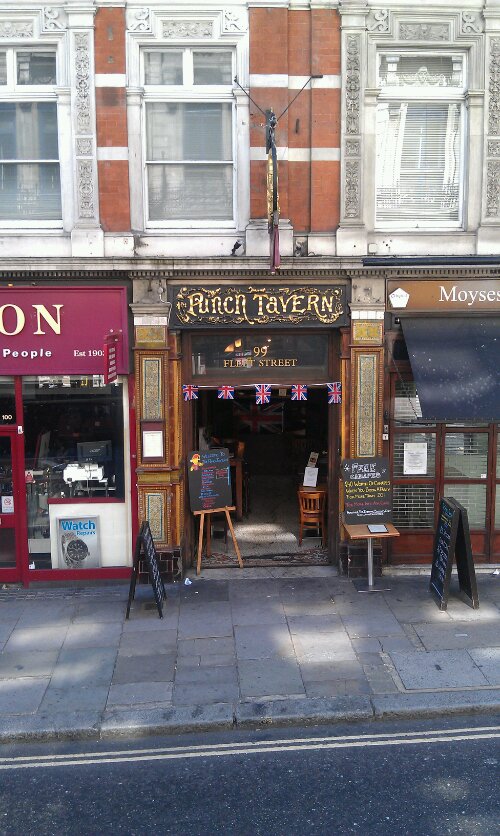 Today was totally about rest & relaxation…I felt for the first time in several weeks that I may just be getting back to a feeling of normalcy regarding being rested…just so drained up to late this afternoon.

Anyhow, I’m ready to once again get out there and start slaying some dragons by hitting the road. My flight tomorrow is at 12:35 on an Air Transat flight to Montreal arriving around 3 pm local time…excited about get back to North America to say the least.

Still need to pack up my gear tonight…did do some laundry in the room since using the hotel service was going to be quite expensive…one T shirt was like 4 pounds.

Just hoping that I can clear the bike through Canadian customs rather quickly since Korea took a day and Russia 3 days…I am told it shouldn’t take more than an hour or so.

Been following the TN Titans game over ESPN…just wondering if we even have a pro football team this year?…the Patriots were totally dominating the game at the half….oh well, at least my friends at Duracell, Tom & Matt, are happy today with their team’s performance in Nashville.

A non-riding day for me and a chance to recharge after a few weeks on the road. One of the servers at the hotel restaurant recommended that I take the 30 minute express train ride to London & tour the city especially since the weather was so unusually terrific…just couldn’t pass up the opportunity.

From the hotel I took a short bus ride to the airport to board the train…the ride was comfortable and pulled into the London Victoria Station where I scouted the tour bus companies. Settled on the Big Bus Tour Company which visited all the well-known spots and you could get on/get off anywhere along the route…a double decker bus that was open air on top. My bus had a live tour guide which made the tour much more enjoyable. Made stops at Big Ben, Tower Bridge, Buckingham Palace, Westminster Abbey, London Tower and many others.

The cleanliness of the city was striking and the city’s history remarkable…ended up having a pint of Stella at a local pub and have found most servers are from other countries with a specific desire to learn English – they are from India, Germany, Spain, Italy, Latvia and other countries from around the world.

Since returning to civilization, I felt it was about time to get a haircut and my server recommended a spot nearby…the shop was owned by a Korean who had been in London for 20 years…just had to clean up a bit before rolling back into Nashville next week!

Decided to catch the train home before dark and get some more rest before making the final leg ride next week home.